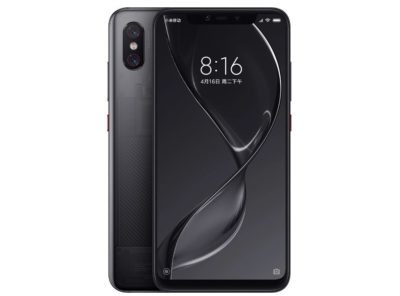 To the Xiaomi Mi 8 flagship comes a more premium edition refferred to as the Explorer. Synonymous to the Porsche design of the Huawei Mate RS, the Xiaomi Mi 8 Explorer Edition has a better hardware and a unique transparent rear finish. Another highlight is the underscreen fingerprint scanner, the first of its kind because of its pressure sensitive nature. Although the underscreen fingerprint scanner was first featured on the Vivo X20 Plus UD which is always on unlike in this smartphone where it is only activated by pressure.

To start with, the smartphone is one of the numerous notched premium flagship currently in the market. However, what sets it out is the see through rear glass build which makes it possible to see components like battery and other chipset clustered above. Although, there have been some sort of backlash talking about the cluster of chips above the battery not being real. Real or Not, they exhume a totally attractive  aesthetics.

This is one of the areas where the Xiaomi Mi 8 and the Explorer Edition appears to be the same. In that sense, the Xiaomi Mi 8 Explorer Edition Has 6.21-inch AMOLED screen with a notch that is a bit larger than the one on iPhone X. One thing that sets it apart from the ordinary Mi 8 Is the underscreen fingerprint sensor that activates when the pressure sensor in the screen is nudged. It also has a resolution of 2248 x 1080 pixels resolution and a pixel density of 402 ppi.

There is a slight drop in battery capacity which is probably due to the addition of new techs such as the pressure sensor and underscreen fingerprint scanner. Whatever the reason is the Xiaomi Mi 8 Explorer Edition’s 3, 000mAh battery is sufficient enough for a full day usage. Like the other smartphone, it does not have wireless charging but does come with quick charge 4.0+.

Taking pictures is done quite judiciously by two 12MP cameras arranged in the iPhone X-esque way. This with the notch makes it some what an iPhone X clone in a way. The notch houses a 20MP front camera which is pretty much enough for a crisp selfie. Also, it comes with all the features same as the Xiaomi Mi 8 smartphone.

While there is a slight improvement here, you would hardly notice the difference in real usage as there is basically the same chipset. Running an Octa-core Qualcomm SDM845 Snapdragon 845 SoC with a clock frequency of 2.8GHz and an Adreno 630 GPU. Both of which is the best from Qualcomm yet.

There is also a bump in RAM from 6GB to 8GB paired with 128GB storage built-in with no expansion support. Nonetheless, it has Android 8.0 Oreo topped up by MIUI 10 the latest of its own software.

SEE ALSO:  Taylor Swift You Need To Calm Down

Availability and pricing is not clear yet but this smartphone is expected to cost about 208, 000 Naira depending on your location and the deal.

Here are a few specs of the Xiaomi Mi 8 Explorer Edition :