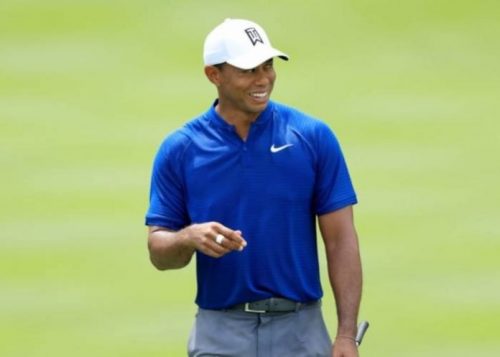 As it turns out, magical comeback victories require more practice and rest time than Tiger Woods has had since winning the Masters last month for his 15th major title.

So the 43-year-old US star was disappointed but realistic Friday after missing the cut at the PGA Championship just a month after ending his 11-year major win drought.

“It’s just the way it goes,” Woods said. “Unfortunately I made too many mistakes and just didn’t do the little things I need to do.

Woods fired a three-over par 73 to finish 36 holes on five-over 145, one stroke over the cut line, in his first competitive rounds since an emotional green jacket triumph last month at Augusta National.

Asked if he had managed to practice enough for the event, Woods replied, “Definitely not.”

“Just don’t feel well and just not able to do it. But resting would be better, so I would have energy to play,” he said.

“It’s a nice problem to have. I’ve enjoyed being the Masters champion again and the PGA was a quick turnaround and unfortunately, I just didn’t play well.”

Woods needed nine holes Friday to finally reach a fairway, birdies at six and the par-5 13th negated by bogeys on the next hole and an emotional 40-foot birdie putt at the ninth wiped out by three bogeys to begin the back nine.

“I didn’t do all the little things I need to do correctly to post good scores and put myself in position to shoot good scores,” Woods said.

Woods emphasized when the week began his body requires more recovery time than in his youthful prime. But he doesn’t expect too much more for a full recovery.

“There’s no reason why I can’t get up to speed again and crank it back up,” he said. “I’ve got to start feeling a little bit better first before that happens.”

The next major opportunity for Woods will be next month’s US Open at Pebble Beach, where Woods won the 2000 US Open to launch a run of four major wins in a row. He’s likely to play the Memorial, hosted by Jack Nicklaus, ahead of the US Open.

But first, some rest to get back to a mental and physical peak.

“We’ll do that first and then start cranking it back up again,” Woods said. “I just wasn’t moving the way I needed to. That’s the way it goes.

“There’s going to be days and weeks where it’s just not going to work, and today was one of those days.”