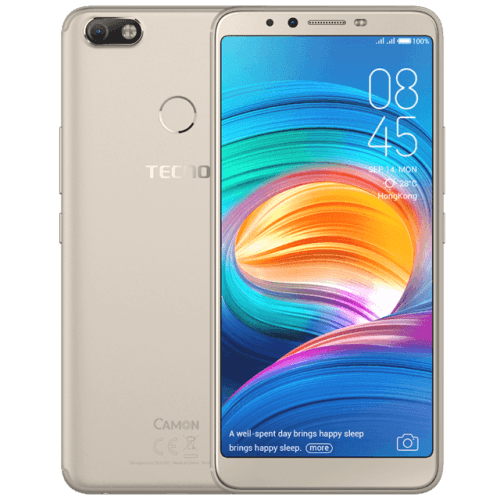 Recently, Tecno one of the prominent budget smartphone maker in Nigeria and a number of other African countries released a number of smartphones. One of which is the Tecno Camon X, a stripped variant of the Camon X Pro. The new smartphone comes with the latest design trend including a bezel-less screen with elegant tall 18:9 aspect ratio. Surely, the Tecno Camon X keeps up on how a modern smartphone should look like. In essence, the smartphone is one centered on taking pleasant selfies. You can consider this a followup of the Tecno Camon CM launched earlier in the year. 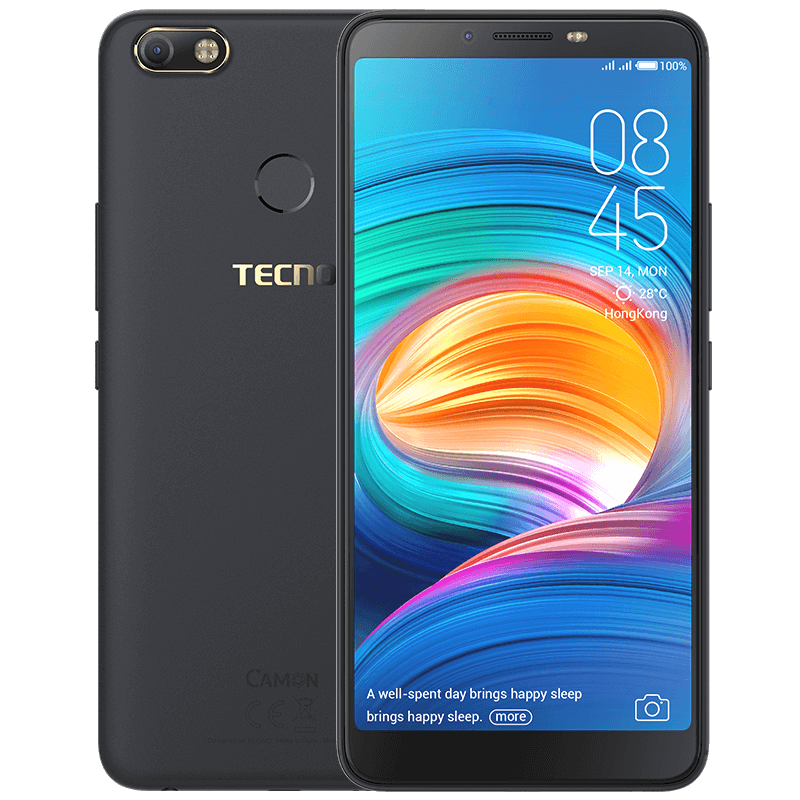 At first glance, you would agree with me that the Tecno Camon X might be the most good looking smartphone from Tecno in the Camon series even overall. The new smartphone has a nice bezel-less display giving you a full view. This means you have a smartphone that has a high screen to body ratio (up to 81%). However, it is still made from polycarbonate rather than metal or glass covering you have in more premium smartphones.

Tecno Camon X is available in three colours: Champagne Gold, Midnight Black, City and Blue, though all colours will not be available in all countries.

Onto the full view 6-inch display, it is quite a beauty but when it lights up you would notice the low resolution and not too crisp colour reproduction compared to the more expensive Tecno Camon X Pro. The display is also pretty bright at 500 nits.

Besides that, both smartphones have the 18:9 aspect ratio in common with little bezels in the way. There is also a 1440 X 720 HD+ resolution display leaving the pixel density at 275 ppi. The display is covered in 2.5D curved glass

You have a fairly enough battery inside the Tecno Camon X to offer daily usage. Boasting of a 3, 750mAh battery capacity, the smartphone is well above the mediocre capacity line. As a plus, the smartphone allows you to charge using quick charge, giving you a full charge in a relatively short time.

In the area of photography, the Tecno Camon X is well equipped especially in the Selfie department. At the rear side, you have got a 16MP camera with ring LED flash (quad-LED). For selfies, a 20MP front camera is held responsible having an adjustable flash as accomplice. With this, you should be able to take some nice pictures for your social media platforms.

Camera has always been the headline feature for Tecno Phones in the Camon series and the Tecno Camon X is carrying on with the heritage. The 20 megapixels selfie cameras offers a dual adjustable flash for natural looking photos. You also get bokeh effect on the selfie camera, so you can blurr out the background, despite the fact that the Tecno Camon X offers only single camera. The camera also supports HDR and has some AI baked into it.

The front camera of the Tecno Camon X also doubles as the input for the Face ID feature. Through the camera a detailed depth map of your face is captured and stored. This will then be used to recognise your face for convenient unlocking of your phone.

Despite have Face ID, the Tecno Camon X also offers a fingerprint sensor on the back.

Moving on to the hardware featured on the smartphone, the Tecno Camon X goes for a decent mid-range SoC. In that regard, the smartphone has a MediaTek Helio P23 chipset with eight cores the highest of which clocks at up to 2.0GHz. When it comes to graphics munching, the smartphone is provided with a Mali GPU.

In continuance, the Tecno Camon X has a 3GB RAM for multitasking and apps installation. Storage space stays at 16GB or 32GB some of which already occupied by system software and pre-installed apps. However, you could expand this up to 128GB using a MicroSD card. As for the OS, the Tecno Camon X boots the latest Android 8.1 Oreo from the box.

It supports LTE and Wi-Fi.

According to Tecno, the following can be found in the box:

The Tecno Camon X is now on preorder in Nigeria. You are expected to pay 2,000 Naira down payment for the preorder. When officially available for sale in various online stores and smartphone retail outlets, we expect Tecno Camon X price in Nigeria to start at around about 58, 200 Naira, (15, 700 KSh) depending on the deal and location.

Here are a few specs of the Tecno Camon X