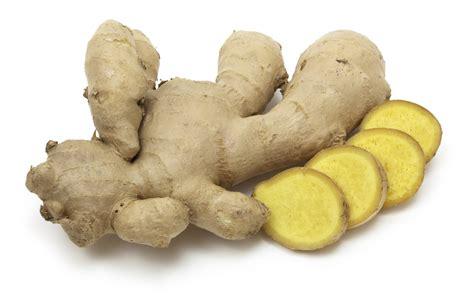 Who could ever think about any side effects of ginger? This spice is among the most popular ones in many different countries and cultures. Its refreshing scent and warm taste are perfect for ginger teas and baking, for meat and vegetables, and even for fruit desserts. Can it really have any side effects?

A LITTLE ABOUT GINGER

The part of the plant that’s used in food is its root. It’s juicy and contains plenty of fibers. Through centuries, this spicy herb has been known for the positive effect it causes on the health and body rather than any side effects.

Ginger is perfect when it’s necessary to fight stomach disorders, kill pain, or fight sea or motion sickness. The spicy tea is used for weight loss, improvement of blood circulation, and even to fight depression. The fragrance of ginger refreshes one’s mind and calms the nerve system.

Yet, it has a of range very serious side effects that need your close attention if you are going to use it.

SIDE EFFECTS OF GINGER TO BE AWARE OF

Ginger is said to be able to lower blood pressure very effectively. This is one of the main benefits people and doctors appreciate in this spicy herb so much. However, if you are currently taking some medications that are supposed to lower the blood pressure, you should avoid eating ginger.

The point is that ginger itself has the same effect with the medications. If you take them together, your blood pressure can drop so much that it will be dangerous for your health and even life. On the other hand, if you are trying to lower your blood pressure with the help of ginger alone, you can have an opposite effect if you eat too much of it.

Improving the circulation, ginger can increase the blood pressure if you eat too much. This is why in case you have blood pressure issues, whatever they are, you’d better avoid ginger at all.
SEE ALSO:  Does coffee cause cancer?

Ginger is effective when it’s necessary to stop diarrhea. Still, you need only a little of it because in big amounts it can aggravate the condition. It’s able to make the intestines move faster and make the food pass them faster. Of course, it’s possible that big amounts of ginger will cause only a heavier fit of diarrhea.

The solution is simple: choose ginger food supplements that are, namely, taken with food instead of eating raw ginger. If you see that symptoms only aggravate, quit taking any forms of ginger immediately!

Ginger is known for its ability to lower blood sugar levels effectively, which is highly appreciated by people who suffer from diabetes. However, the effect of ginger in such a situation can be compared with the treatment of high blood pressure. The level of blood sugar can drop critically due to the ability of ginger to enhance the effect of medications with its own power.

Heartburn is one of the most widely spread side effects of ginger tea. People often drink it with honey, which can increase the sense of burning. Depending on the reason why you are taking ginger, the solution may lie in capsuled food supplements that dissolve in the intestines without irritating your stomach.

Apart from the heartburn, big amounts of ginger can cause significant bloating and gas. The gas develops in your stomach, resulting in belching. This often happens after drinking carbonated ginger ale or other beverages that contain bubbles.

Some people discover that they are allergic to ginger only after tasting it for the first time. The itching, swelling, and tingling of the mouth, lips, all the parts of the skin that have contacted ginger are the side effects of ginger root and signs of the allergy.

As soon as you discover the unpleasant burning or itching in your mouth or throat after eating ginger, stop consuming it immediately and be very attentive to your health. Even though ginger is not much likely to cause the allergic reaction or heavy swelling of your throat, be very careful and turn to a doctor at once after you notice something going wrong.

SEE ALSO:  How To Apply For A Dubai Visa From Nigeria + Requirements

SOME MORE ABOUT THE PREVENTION OF SIDE EFFECTS OF GINGER

In spite of the fact that ginger has a range of side effects, you still can take it if you want. These side effects will not necessarily show up if you decide to take ginger from time to time as a kitchen spice. However, if you are not sure about the diseases you have, you’d better see a physician in case you are planning to take ginger for a long time, for example, for weight loss.

If you are already taking ginger but experience some side effects, you should stop taking it and consult your physician to find out whether you can keep on or not. Even if the unpleasant feelings or effects are slight, it doesn’t mean that you should put up with them and bear them patiently.

If you have tried to use ginger to treat some occasional conditions like motion sickness and experienced side effects but need to use it once again for the same situation, just change the form of the remedy. If you have used raw ginger, try special pills or other food supplements. In case pills also cause side effects, try capsules.