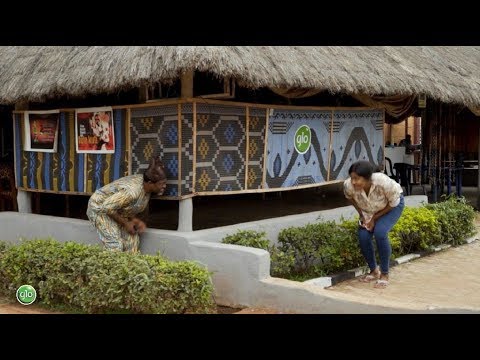 Professor Johnbull beams light on proliferation of NGOs Living up to its billing as a didactic TV drama series, Professor Johnbull, sponsored by the integrated telecommunications company, Globacom, will, in a new episode showing this week, beam its searchlight on the fraudulent practice of establishing fake Non-Governmental Organisations (NGOs) as profit ventures.

The new episode is entitled N.G.O. will air on Sunday on DSTV Africa Magic Family and GOTV Channel 2 at 6.00 p.m., with repeat broadcasts on Thursday at 9.30 p.m. on the cable TV channels and on NTA Network, NTA International on DSTV channel 251 and NTA on StarTimes at 8.30 p.m. on Tuesday and Friday.

Anambra Broadcasting Service shows the programme at 8.30 p.m. on Wednesday and Saturday. N.G.O., according to a statement issued by the Executive Producers of the series, Globacom, in Lagos on Friday, “is an exposition of the fraud which goes on in society as some dishonest members of the public, taking advantage of the humanitarian successes recorded by some genuine NGOs, establish fake ones with the sole aim of ripping people off”.

While urging viewers of the sitcom to keep a date with the new episode, Globacom assures that “the delivery by the cast and crew of the series gives the episode a new touch of reality as viewers will find N.G.O. full of suspense”. Kanayo O. Kanayo who plays the lead character, Professor Johnbull, is joined by Olaniyi (Yomi Fash-Lanso), Mai Doya (Funky Mallam), Ufoma, (Bimbo Akintola), Nje (Angela Okorie), Jeroboam (Osita Iheme), Flash (Stephen Odimgbe), Abadnego (Martins Nebo) and Samson (Ogus Baba) to define what real NGOs are. Why does Samson, aka Original, think that NGO is Nnaa Give Original? How does the collaborative effort of Flash and Jeroboam to establish an NGO pan out? Who gives Mai Doya a brand new wheelbarrow for his hawking business? Is Professor Johnbull’s submission that the existence of fake NGOs is tantamount to using reggae to spoil blues apt in the episode? Viewers will find out as they savour the melodramatic antics of N.G.O. Professor John Bull …Comedy Series Sponsored by Glo. Featuring Kanayo O. Kanayo, Mercy Johnson Okojie, Imeh Bishop, Yomi Fashlanso, Junior Pope, Bimbo Akintola, Funky Mallam, Bidemi Kosoko and many more…