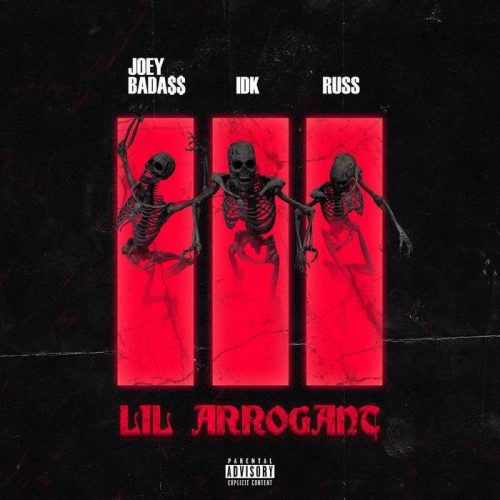 [Verse 1 – IDK]
This is what you all been waiting for ain’t it?
What people paid paper for dammit
This that going to the gun range with the click-clack-pow aiming
That boy from PG, but D.C. still claim him
And I ain’t gotta act like I’m from there, I’m real
Some rappers magicians, they trick you Copperfield
Act tough as a gold medal, you link them, daffodil
Meanwhile I’m just running back kick returns back on the field
Where the Redskins be losing but we gon’ support ’em still
That’s how you know where our loyalty at
So place a bet against me, where your royalties at?
I bet I leave your a-s streamed of your 14 percent

Then f–k on your b—h, my d–k named Matumbu, I’m lit
I rub on her c–t, she drip
Then I c-m on her t–s
How common is this to spit like a f—–g attempt, I’m murdering s–t
I flip, then I leave your a-s flipped
I flip the script, then skip to your f—–g event
I take the check and dip, moments later it’s spent
You take the check and s–t, it’s enough for your ‘rents
So how the f–k you telling me that I ain’t good enough, p—k?
Uhh, I think that I’m top ten, top five, top three, top two, top one
And I’m still not done
Trump supporters’ daughter love me, so I still think that we won
She on her knees for that black thing no Kaepernick, I copped a nick

[Verse 2 – Joey Badass]
This what you been waiting for, ain’t it?
It’s a portrait, if you can see the picture, paint it
I ain’t got to explain it
This lane, I done paved it “right”
I done paid my dues, now I’m just collecting payments “collect”
One verse, that’s gon’ be your whole life savings
If I was you, I’d be making funeral arrangements
These bars, I could leave your mind in enslavement “what up”
Hit you with the bar that I’m raising
I come in guns blazing “facts”

We gon’ see who get the last laugh “hah”
It’s funny ’cause these n—-s always tripping off the past “hah”
Think this s–t a joke until somebody get “swooped”
Choked off the very words that they spoke
List here though, it’s getting near close
‘Bout to blow your brain through your f—–g ear lobes
This one, the kid been gon’ for a while, they missed him
Patient with the shot when he blast off, won’t miss him

[Verse 3 – Russ]
Somebody gon’ die tonight
Rappers see me but don’t say s–t like they don’t have vocals
And they be dissing on the socials like they don’t have Pro Tools
They think you up until you’re big enough
I guess the love was never real, as if I really give a f–k
I’m already eight figures up
Y’all are in the minors, and I’m Willie Mays
Y’all still jumping out of bed for 50k
I roll back over and continue f—–g all y’all’s favorite

I’m the greatest, and I’m not stopping ’til all y’all say it
Courtside, closing multi-million dollar deals
Then we celebrate it, eat Italian thousand dollar meals
I’m in Le Como, you stay in NoHo, the hate is promo
I play solo, women take photos, ride me like they play Polo
My crew solid, new problems, my day ones deserve two commas
A few dollers moves nada, we still act the same, you not a
Part of the formula that put me here so f–k you
When the second album drops, watch who they all run to
“Haha”