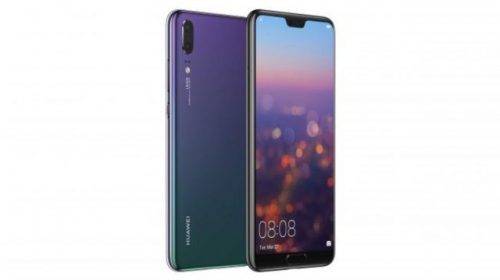 The Huawei P20 being the obvious cheaper variant with more comparatively modest specs. The smartphone features a nice hardware and an impressive design to go along with it. The new smartphone has some interesting features with slight upgrades compared to the Huawei P10, its predecessor.

The Huawei P20 qualifies as a good looking smartphone and has a solid build. Considering that recent high-end smartphones have a glass build which is what you have here. The smartphone is attractive because of this and shimmers when light shines on it. While this is good aesthetics, there are numerous available colour variants available which varies on how flashy it appears. It also comes with no audio jack which will certainly be missed by many.

In the display, it has fairly impressive Full HD panel installed on it. Although this us not has impressive like what you have on the more premium Huawei P20 Pro and instead of the OLED screen, the Huawei P20 has only an LCD screen. Rather, it has a resolution of 1080 X 2244 pixels and a pixel density 428 ppi.

In terms of battery power, the smartphone comes with just enough to give you ideal daily usage time. Taking power from a 3, 400mAh Li-Po battery, the smartphone should be able to go a day on slightly intensive usage. You could also charge through the USB Type-C port with the fast charge technology feature .

Going along with the recent tide of smartphones, the Huawei P20 has a dual rear camera. The rear side as a 12MP and 20MP camera with flash for more light. On the front side, there is a 24MP camera with AI integration common in premium smartphones lately. This helps in taking better pictures and also automatically tune settings to suite the type of picture to be captured.

Under the hood, the Huawei P20 as the combination of a fast SoC, ample memory and storage. While this is impressive enough, the other specs don’t really match up to it. Inside, the smartphones is powered by an Octa-core Hisilicon Kirin 970 processor alongside a Mali-G72 MP12 GPU for graphics.

There is more than enough storage space for an average user despite not supporting expansion with a memory card. Boasting of about 128GB of built-in storage and a 4GB internal memory, performance is sure to be smooth. It also boots the latest Android 8.1 Oreo from the box with EMUI skin on top.

The Huawei P20 is only available in some specific online stores for about 300, 000 naira. Although your location might attract some added costs and also depends the deal in question.

Here are a few specs of the Huawei P20: