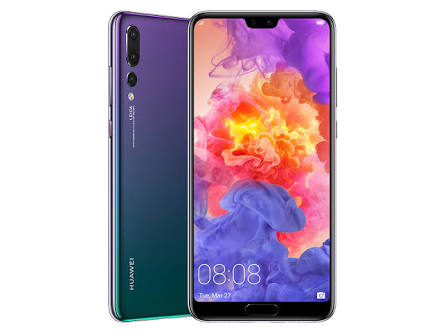 The new Huawei P20 Pro is a beauty at first sight with a top notch camera. Talking about notches, there is one at the top of the smartphone which reminds you of the IPhone X. Alongside the less premium Huawei P20, the smartphone is the first notch smartphone from Huawei. This is quite an interesting smartphone with promising features which we will be taking a look at as you go further.

The Huawei P20 Pro is good looking, a shimmering beauty made from a slab of Corning Gorilla Glass on both sides. It is also quite attractive with an array of different colour options to choose from with aluminium covering at the sides. There is no audio jack, which means you could only use a USB Type-C to audio jack converter cable that comes along with the phone. Here the notch is also quite reduced compared the that of the Apple flagship. The smartphone is dust and water proof up to 1m for 30mins.

At the front side, the smartphone also has a crisp AMOLED display with an impressive resolution to go with it. Although it does not match that of other flagships like the Samsung Galaxy S9 Plus but it still quite colourful. You have a 1080 X 2244 pixels display which is because of the 18.7:9 aspect ratio measuring up to 6.1-inch. There is also an option to turn of the display at the sides of the notch to make it somewhat less noticeable.

Down to the battery capacity featured here, the Huawei P20 Pro impresses with a fairly large 4, 000mAh battery..This a quite generous offering more than what you have in the likes of other flagships. Ideally you have fast charge feature but wireless charging is absent. However, what you have here is enough to enjoy a long time of usage.

SEE ALSO:  Nigerian Lady With Massive Bo-obs Attempts To Break The Internet As She Shows Them Off (Photos)

Things gets very interesting when it comes to taking pictures on the Huawei P20 Pro. The triple camera at the back gives you 3X optical zoom thanks to the 8MP camera while the others include a 40MP primary camera and a 20MP monochrome camera all at the rear side. Like recent high-end smartphones, the smartphone has an AI enhancement included. At the front, the smartphone features a 24MP front camera which takes quite high-resolution pictures. Overall, the Huawei P20 Pro has one of the best camera  on a smartphone partly due to the collaboration with Leica.

Without much ado, the Huawei features a fairly powerful hardware, although not up to what the Samsung flagships and LG V30S ThinQ smartphones. You will get an Octa-core Hisilicon Kirin 970 CPU with a Mali-G72 MP12 GPU in charge of graphics on the device.

In addition to the above, the smartphone also comes with a 6GB RAM accompanied by a  128GB internal storage space and like the Huawei P20 doesn’t support  memory card expansion. There is also EMUI 8.1 based on Android 8.1 Oreo better suited for  adapting to the irregularities of the notch.

The smartphone is currently available for sale but not in all locations yet. However, the smartphone costs a little above 405 , 000 naira depending on your location and the deal.

Here are a few specs of the Huawei P20 Pro: