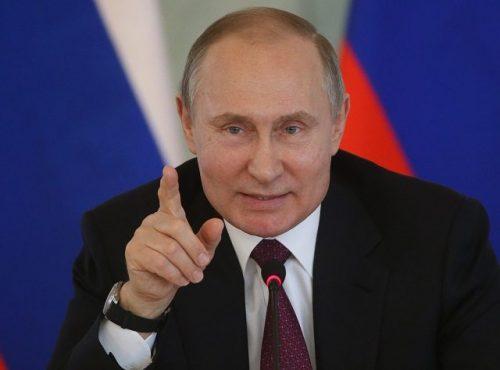 Vladimir Putin will lead Russia for another six years, after securing an expected victory in Sunday’s presidential election.

Mr Putin, who has ruled the country as either president or prime minister since 1999, got more than 76% of the vote, official results show.

The main opposition leader, Alexei Navalny, was barred from the race.

Addressing a rally in Moscow, Mr Putin said voters had “recognised the achievements of the last few years”. Speaking to reporters after the results were announced, he laughed off a question about running again in another six years. “What you are saying is a bit funny. Do you think that I will stay here until I’m 100 years old? No!” he said.

SEE ALSO:  You’re On Your Own – NYSC Fires Warning To Corps Members Ahead Of Osun Election
Related tags : Vladimir Putin