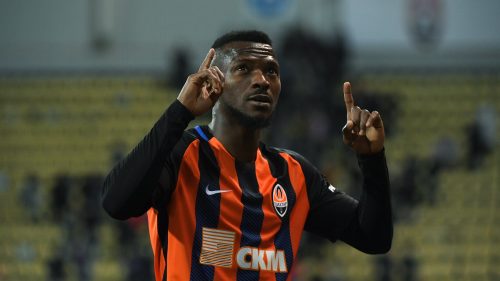 Kayode who recently recovered from an injury he picked up in pre- season is yet to make an appearance for the Miners this term.

He is now in line to play his first game for Paolo Fonseca’s men against the Germans who will be making their first appearance in the group stage of the Champions League.

The striker initially joined Shakhtar Donetsk on loan from Manchester City in February but the move was made permanent with the former Austria Wien star penning a five-year contract.

He won the league and FA Cup titles with the club last season.