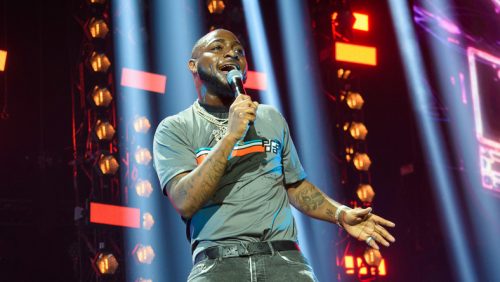 Davido songs become more and more popular. In the post below, you will find a list of the latest records of great Nigerian musician. We are sure that you already heard most of these hit tracks, but they are so incredible that most probably you will want to listen to them again. Check if you have not missed something. Be ready to enjoy music, watch entertaining videos, and find out interesting information about the songs.

It is a pleasure for us to share with you some interesting information about the latest Davido songs. The musician is only 26 years old, and he already became one of the top music artists of Nigeria. Are you ready for more facts about the latest tracks of this hitmaker? Then keep reading and enjoy.

2018 was productive for the musician and this year has started with new musical compositions as well. In 2019, the musician participated in several collaboration tracks, and we will begin our list with the recent ones.

Confirm – the collaboration with Patoranking

We start our list with the newest track with the participation of Davido. This joint work of two Nigerian music superstars is going to become a new party banger. The composition is a single from Patoranking’s new album “Wilmer” that is going to be released in a few weeks. Enjoy the track and stylish video!

Bum Bum – the collaboration with DMW and Zlatan

The track was released at the beginning of 2019, and the video clip already gained more than one million views on YouTube. The record sounds like a club party starter, simple but catchy chorus, and modern sound made the composition quite popular.

Tire You – the collaboration with Victor AD and Davido

Victor AD became a breakout star of the year, and Davido supported young talented musician on this record. The track was released at Victor AD’s album “Wetin You Gain.” A lot of fans are already in love with this Afropop record, have you heard that one?

No Case – the collaboration with Guccimaneko, DJ Jimmy Jatt, Pasuma

It is another one among new songs of Davido. The collaboration track is a single released by Guccimaneko. The track became a great gift for all the fans of those musicians. Every musician brought his own style to the composition, and as result, we got a new hit-record of modern Nigerian music.

2AM – the collaboration with Casanova and Tory Lanez

American rapper Casanova released this track at his new album Free At Last. The song is accompanied by a great video clip that was filmed mostly in Nigeria. Just take a look at this excellent work!

These were the latest Davido songs of 2019, and now it is high time to enjoy once again cool tracks released last year.

This single was released in December of 2018. The composition is accompanied by a beautiful video clip that already gained more than 5 million views. The record became a real gift for all women fans of Davido. Teekay Witty produced the record that already became a hit-song, listen to this one again!

One Ticket – the collaboration with Kizz Daniel

The track is from No Bad Songz album of Kizz Daniel. This composition was the most awaited single from the album, the official video also appeared to be quite splashing, it already gained more than 15 million views.

Have you heard that sound? This track is perfect music for the dancefloor! Princeton produced the single and Skales released it. You can also watch a great video clip and dance together with the singers.

It is another single from 2018; the record sounds very contemporary, this sound highlights Davido music style. Beautiful musical video made the composition even more popular. Here we can hear and see some kind of a new Davido’s style.

This single of Davido was released in February of 2018. It became one of the most popular musical works of the singer in 2018. And again, a stylish video clip became a great addition to the record.

The composition is from Popcaan’s album Forever. The participation of Davido made the song more bright, you can also enjoy the video clip of the song.

BOBO – the collaboration with Mayorkun

This record was released as a single by Mayorkun. Have you heard that one? The song inspires to dance and sing together with musicians! The video clip also received more than 11 million views.

The song is one more popular dance hit from 2018. The collaboration of those artists resulted in beautiful track and video clip. Fashionable sounds, beautiful girls and cars in the video – all these elements made the song and video so popular.

We were happy to present you the latest Davido songs and hope you enjoyed our article, if so, please do not forget to share the post with your friends. The singer has been quite productive in recent years, and it seems like he is not going to stop producing great songs, so we are waiting for some new hits.