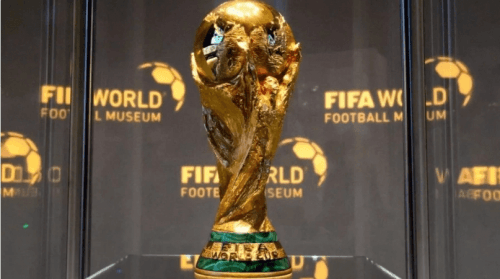 This article is dedicated to football lovers. We are going to talk about the most expensive and most famous trophies of football. These awards of the football world are considered the dream of players and team. So let’s see the details of such significant trophies.

THE IMPORTANCE OF FOOTBALL TROPHIES

We know how popular football is, this game is loved all over the world. Football competitions gather huge crowds. Football awards are perceived as the main goal for teams and millions of fans cheer their favorite team on the way to victory.

The world of football competitions has its hierarchy, the team must go through a lot of competitions and in the end the world-class teams compete for most expensive trophies. World-class competitions are the league of the highest level players. During such competitions, players become world stars, some even remain in the history of football as best players of their time or season.

The first World Cup was conducted in 1930. It was a great historical event for the whole sports world. Since then, the number of world-class competitions has increased. Football has a tradition to award the winners with the cups. The cup itself is rather the symbol, a trophy for the team or for the player. In this publication, we will tell you about the most important and expensive football trophies.

THE BEST TROPHIES IN FOOTBALL

This is the stage for the best of the best. This competition occurs every four years, and millions of people go to the stadiums, tune TV and radio to support their national team. The final part of World cup 2018 will be held in Russia.

The first FIFA world competition was held in 1930. During the history of the cup 8 countries were awarded with the title of Champions. The Brazilian national team has won the world cup at least five times.

Pelé (Edson Arantes do Nascimento) is the only player to become world champion three times. At the present time 79 national teams take part in 20 final matches. All the teams go through qualifying matches. Without a doubt, the World Cup is one of the most important sports events of our time.

FIFA World Cup is the most expensive trophy in the world of sport. The modern trophy of FIFA is a golden cup that’s worth $150,000. The current holder is German national team.

The next world’s biggest football competition is Premier League. This championship comes up every year and the winner receives the Football Association Challenge Cup – one of the most expensive football trophies. It is also known as FA Cup. The original design of the cup was created in 1871. The cup is decorated with ribbons and colors of the winner team. The current holder is footfall club of York City.

This is famous award of the competition between champions of the previous Premier League season. The trophy is a shining dish-like shield. The feature of this competition is that the proceeds of the match are donated to charity organizations.

This one is among the most competitive football championships in the world. All star-teams of Europe fight for this cup, it is also called European Cup. According to the original rule the winner team was allowed to keep the trophy permanently after 5 times of victory. But since 2009 such a team can receive only “multiple-winner badge.”

The Cup is a silver amphora with a gold coating inside. The price is 10 thousand Swiss francs.

This football competition is among the oldest in the sports world. The first competitions of the championship were between South American teams. But since 1990s there were also teams from North American and Asian countries. The trophy itself is a silver tall amphora.

The trophy of La Liga championship is among the top cups in the world of football. The host teams of La Liga is Barcelona and Real Madrid, so it is not easy to win such a cup. Recently a new modern, ribbon-like design of the cup was presented.

This is the biggest football competition of Italy, it is also known as Serie A. Among the hosts we can see such teams as Juventus, Roma, Napoli, and others. The cup is shaped like a large cone with the base with rings.

This is the top football league in Germany. The competition is among the most competitive and popular in Europe. The cup itself has a shape of ornately plate. There are the names of all the winners. Some winner teams have a copy of the cup.

This is an annual award that started in 1967. The golden boot is given to the top goal scorers of European leagues. The current holder of this award is Lionel Messi, and he is the only player who has won the award four times.

This is special award for goalkeepers. Current holder of the glove is Chelsea’s goalkeeper, Thibaut Courtois. Football trophy is not just a symbol, it is a special cup which is the embodiment of victory. Players work hard to raise over their heads, the coveted trophy of the champion.