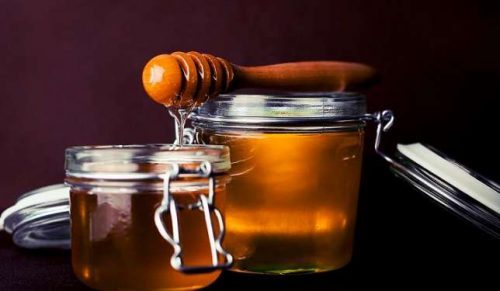 Long before the wide availability of sugar in the 16th century, honey has already been valued as a natural sweetener.

Known as the liquid gold to some, honey has been found to contain a rich hidden nutritional and medicinal value for centuries.

This God-given gift has been used since the early days of Egyptian tombs, is loaded with antibacterial and antifungal properties.

As a matter of historical fact, honey production did flourish in ancient Greece and Sicily.

Suprisinglingly, Zoologists have said that animals like bears, badgers, and more– have long raided honeybee hives, risking stings for the sweet reward.

How else can the importance of this remarkable substance be shown? Read on to see some importance and health benefits of honey

1. Honey is a memory booster

Naturally, the older we get as humans, the likelihood of the setting in of dementia. And this likelihood continues to get higher and higher because of our poor intake of vitamins and minerals.

However, with the use of honey, the body is helped to absorb calcium, which in return promotes the healthiness of the brain.

Also, the excess antioxidants in the nectar may help prevent cellular damage and loss within the brain.

SEE ALSO:  Lyrics of Take Your Time Song By Josh Pan | The World Within

2. It is a source of natural energy

Undoubtedly, the best recipe for boundless energy, is a healthy whole-food diet and proper sleep. But for a quick energy booster, honey can suffice.

Thus making it the perfect agent of energy booster: Little wonder it is called “the perfect running fuel.”

In addition, honey provides an easily absorbed supply of energy in the form of liver glycogen, making it ideal for energetic morning starts and as a pre- and post-exercise energy source.

3. Honey is an antioxidant powerhouse

Scientific studies have shown that the level of health-promoting antioxidants in the body can be raised by a daily dose of raw honey.

Antioxidants do not only help block free radicals in the body that cause disease, it also boosts the immune system, acting as a preventative against any number of debilitating diseases.

In addition, honey contains polyphenols, which are powerful antioxidants that help fight the risk of heart disease and cancer.

According to 2012 study published in the journal Pediatrics, a persistent cough can suppress with few spoons of natural honey. And when it comes to matters concerning cold, honey is all natural cure.

The thick liquid of honey helps coat the throat, while the sweet taste is believed to trigger nerve endings that protect the throat from incessant coughing.

As a matter of fact, it has been observed that children between the ages of 1 and 5 with a nighttime cough due to colds, coughed less frequently when they received two teaspoons of honey 30 minutes before bed.

5. It helps in the treatment of wounds and burns

As a natural antibiotic, honey has the capability of acting both internally and externally. It is a perfect agent for the treatment of wounds and burns by disinfecting wounds and sores from major species of bacteria such as methicillin-resistant Staphylococcus aureus (MRSA).

A 2005 study published in the British Journal of Surgery Found all but one of patients who suffered from wounds and leg ulcers showed remarkable improvement after applying a topical application of honey.

SEE ALSO:  Top Tips on How to Improve Sexual Performance

In conclusion, it should be made known that there are other incredible health benefits of honey. If we are to go on it them, the list will be endless.

However, what is more, important is the awareness that honey is truly a remarkable substance, made even more extraordinary by the process with which it is made.

This blend of sugar, trace enzymes, minerals, vitamins, and amino acids is quite unlike any other sweetener on the planet.