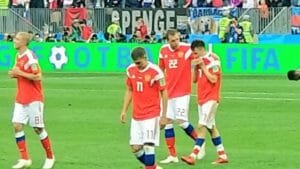 Russia are not in good form heading into the tournament. They are winless in their last seven matches, including a defeat to Austria and a draw against Turkey in their warm-up matches. It will take a special effort from Cherchesov’s men to rise to the occasion.

The pressure is on the hosts to get off to a good start to the tournament.

No host nation has lost their opening game in the history of the tournament. As a result, the eyes of Russia will be on Stanislav Cherchesov and his team to pull off a fine performance to defeat Saudi Arabia this afternoon.