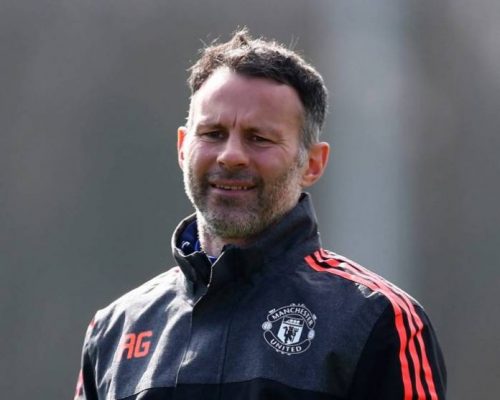 Rene Meulensteen believes Manchester United would be in a much brigher situation today had they appointed Ryan Giggs as Sir Alex Ferguson’s successor in 2013.

The legendary Scottish manager left Old Trafford after 26 years in charge and chose former Everton boss David Moyes as his replacement, but his compatriot was sacked within a year.

Giggs took over on a caretaker basis before Louis van Gaal was brought in after the 2014 World Cup, only to be pushed out two years later.

As the pressure builds around Jose Mourinho, now in his third year with the club, the Red Devils are still hoping to claw their way back up to the level of reigning Premier League champions Manchester City.

And Meulensteen, who was a coach at United towards the end of Ferguson’s era, says they could have maintained the stability and made the transition easier had they made the brave choice of handing club icon Giggs the top job.

“At United there was stability and continuity. Ferguson, David Gill, the Glazers. It was working like clockwork,” he told Evening Standard.

“So there was another way of doing it, which was basically bringing somebody from within. Then Ferguson could’ve managed his departure in a different way.

“He could’ve faded into the background over time and helped with this important transition, obtaining a consultancy role.

“Knowing that Ryan Giggs was keen on stepping into coaching – he was doing his licenses – he knew United inside out. The culture, the identity – he knows everything

“Plus with us [in Ferguson’s backroom staff] being around there, plus Ferguson still being there, that could’ve been an ideal scenario.

“Bringing somebody from the outside, I knew straight away that it wouldn’t matter who it would’ve been. But obviously for David Moyes it was a massive step up because he’s never played, never worked on a similar level.

“If they would’ve said we want to bring in Mourinho then, or Carlo Ancelotti or Pep Guardiola or Jupp Heynckes, who have worked at Real Madrid, Barcelona, Bayern Munich, they wouldn’t be fazed.

“They know what’s expected of the club. They would’ve respected and understood the importance of the 26-year tenure of Ferguson.

“What has happened is it’s ended up in a very erratic period, which still hasn’t settled.”

And although the Dutchman sees the quality of current coach Mourinho, he feels teams like United need to be more adventurous than the Portuguese allows them to be.

“Mourinho is pragmatic, he’s calculated, there’s not so much unpredictability.

“You look at what he’s done as a manager and you can’t knock him. Every manager has got his own blueprint, but it’s different to what we were used to with Sir Alex and it’s also different from Pep Guardiola and Jurgen Klopp.

“They have all got a belief and an element that football needs to be played also to entertain the crowd. They have an obligation. People come to see football, they pay a lot of money.”