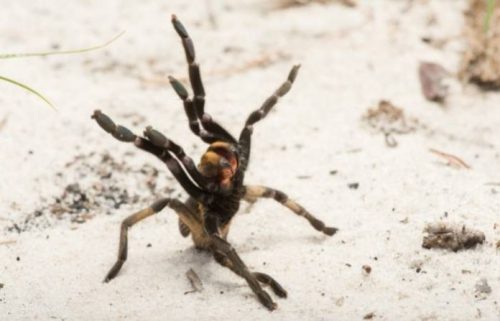 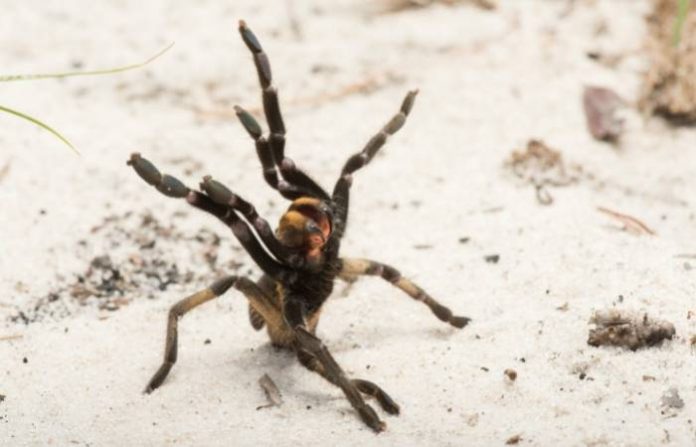 South African researchers have revealed the discovery of a new species of spider with an unusual horn-like protrusion on its back from the forests of central Angola, considered the first of its kind.

Named ‘Ceratogyrus attonitifer’, the arachnid belongs to the group known as the horned baboon spiders that possess a type of protuberance, but nothing like the softer and longer protrusion of this species.

“So this spider is absolutely unique in the world. It has this huge horn sticking out the middle of its head and no other spider in the world has anything like that,” South African national biodiversity institute arachnologist Dr Ian Engelbrecht told AFP.

SEE ALSO:  Man Who Knows He Has HIV, Deliberately Infects 2 of His Girlfriend, Gets Jailed (Photos)

“There are other species that have a horn on the carapace but that’s a muscular structure… This structure looks like it’s full of fatty tissue.”

Researchers first came across the odd looking spider in 2015 when collecting specimens as part of surveys done in the Okavango catchment, straddling Angola, Namibia and Botswana.

Several female specimens from the Miombo forests of central Angola were collected out of burrows for the Okavango Wilderness Project.

Surprisingly locals were able to furnish experts with information on the biology and behaviour of the spider they had long dubbed as “chandachuly”.

South African researchers have only sketched the description of their new specimen but remain unsure of the horn function.

“It doesn’t make sense that the spider has such a big horn,” Engelbrecht said adding that it might “provide some functionality similar to a camel hump or something like that but at this point we really have no idea”.