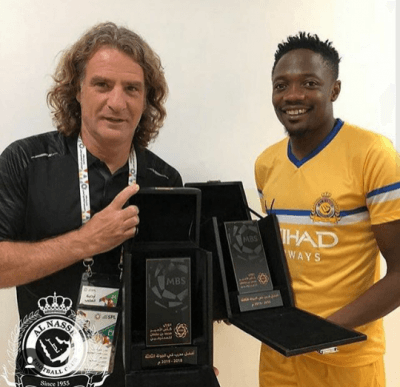 Super Eagles winger Ahmed Musa has been named the best player in the third round of the Saudi Professional League,

The 25-year-old scored a hat-trick for Al Nassr in their 3-0 win over Al-Qadisiyah in a Saudi Arabian Pro-League fixture played last Wednesday to earn the top prize.

The former Leicester City and CSKA Moscow forward also received the sum of 10,000 Saudi Riyal (N970,045.83) for his efforts, according to the club’s website.

Musa who has been in awesome form was also on target for the Super Eagles in their 2019 Africa Cup of Nations (AFCON) qualifier against Seychelles in Victoria which ended 3-0. 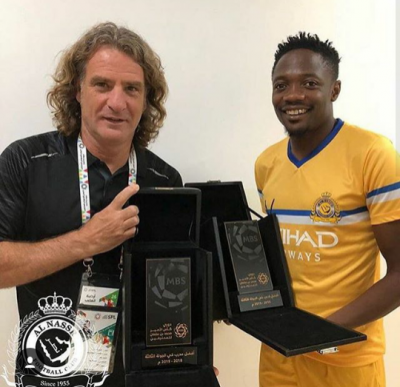 Al Nassr ard currently second with an inferior goal difference to Al-Hilal in the Saudi Arabian Pro-League table with 12 points from their opening four games.

Musa is expected to be named in the Super Eagles squad to face Liyba in next month’s 2019 Africa Nations Cup doubleheader.