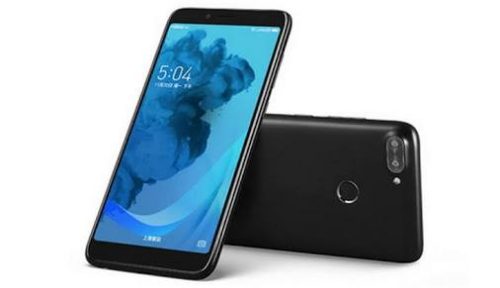 It’s not the second quarter yet and we have already seen quite a number of mid-range smartphones released or scheduled to release soon. Lenovo has decided to enter the race with its recently released Lenovo S5. Entering into the fierce competition with a bunch of other smartphones like Oppo F7, Xiaomi Redmi Note 5, Vivo V9 and so on. However, the Lenovo S5 happens to have a decent spec sheet too which we will be taking a look at to see how it fares against the competition.

If there is one thing apparent about the Lenovo S5, it  is that the smartphone follows in the recent style of building smartphones. There is the 18:9 aspect ratio, bezel-less display amongst other things. It also appears compact with much of the front space fitted with the display. Besides the smartphone as it dual camera arranged horizontally at the top left corner with the fingerprint toward the centre and Lenovo written at the bottom area.

Viewing on the display is quite impressive for a mid-range smartphone with high resolution and a not too large size. Taking on a 2160 X 1080 pixels display stretched out on a 5.7-inch screen your viewing will be nothing short of pleasant. Also, you’ve got a 2.5D curved glass with a pixel density of 424 ppi and a an ideal visibility in sunlight.

Battery capacity is not really the Lenovo S5’s forte but it carries just enough for daily use. Speaking of which you have 3, 000mAh non removable Li-Po battery. This is of average power, which means it may likely not go for a day on engaging the smartphone intensively. That aside, the smartphone charges through a USB Type-C port along with support for quick charge technology.

Coming to one of the most coveted features by most youths which is the camera. Taking a chapter from the recent camera features book, the smartphone has a dual rear camera made up of a 13MP RGB camera and another 13MP monochrome camera. On the flip side you also have a 16MP snapper for selfies.

When it comes to the hardware featured here, the Lenovo S5 goes for a chipset that is positioned squarely in the mid-range segment. Moving on, there is an Octa-core Qualcomm MSM8953 Snapdragon 625 SoC with cores clocking at 2.0GHz max. This goes alongside an Adreno 506 GPU with a frequency of 650MHz.

Also, there are three models available at the moment. One has a 4GB RAM and a 128GB internal storage space while another have the same RAM but with a 64GB storage space. The last one has a 3GB RAM and 32GB of built-in storage space, however, all the smartphone models storage can be expanded up to 256GB. On a final note, it runs Android 8.1 Oreo with ZUI skin from Lenovo on top.

Here are a few specs of the Lenovo S5: