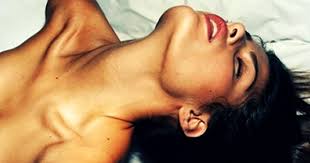 Women need to stop faking their orgasms so that men can know how trash they can be sometimes. And as much you think you’re doing him a favor, you’re doing yourself the exact opposite. When he’s asleep after nutting, you’ll be there awake and maybe annoyed.

If he is doing something you don’t like, tell him so h can take time to adjust.
If you’re having the”Not nutting” problem, tell your man, talk about the things you like so he can keep at it.

A study released by the Archives of $exual Behavior shows that those seemingly uncontrollable “ohmigods” during apparent orgasm are often play-acting meant to “manipulate” men.

$ex should be a pleasurable experience for both parties participating in the act not an act of charity to a helpless individual.Guys, the next time your girl is moaning, twisting her waist or making cute face during $ex, be damn sure she is not play acting or faking it.

Question is, how do you know she aint faking it?