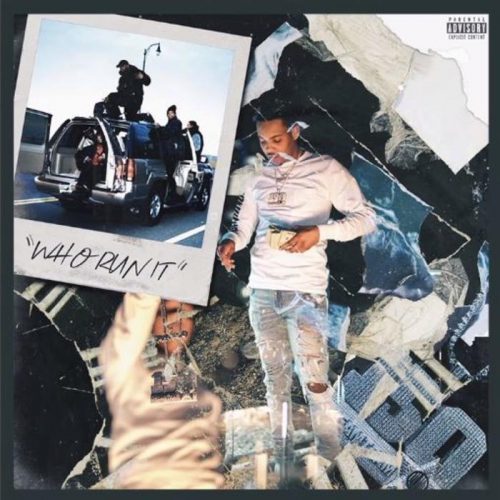 Who Run It Lyrics by G Herbo

[Intro]
Gang s–t, n—a
Yeah
F–k you talking ’bout, man?
This s–t’s got the most views out of everything I’ve ever put up on my s–t
That little clip, that s–t got a million views
I ain’t never got no views on some s–t out

[Verse 1]
Who you think you ahead of? Not us
In the S or the Porsche Carerras
F–k twins like (?)
Yeah that boy getting bread, Panera, something
Landed in the GT (?)
Put five star in the Arizon’
Marry her, she have an affair
I’ma spin that ho like ferris
Born in the Chi like Ye
But I’ll do ya kinda like Bump J, I ain’t scared of nothing
Passport stamp, young n—a ran up that sack
Might as well go to Paris, huh?
Wussing out like you embarassed, huh?
P—y you act like you scared of something
Gon’ and shoot up the terrorists “shoot up the terrorists”
Then they gon’ realize it’s serious “blah, blah”
I ain’t even on that, period “period”
I’m making millions, I’m serious “I’m making millions”

That money come in furious “furious”

Can’t count it, I get delirious “delirious”
I bought my mama a mansion “a mansion”
So I can’t trip over materials “yeah, yeah”
But I’m still dipped in that fashion
Know I stay dripping, that’s period
These n—-s dripping, that’s period
Nah, they can’t fly, I’m serious “serious”
Lay right behind, I’m serious “serious”
And I’m straight off the 9, I’m serious
Who you gon’ send to f–k with me?
Take stuff from me or from any of mine? Now I’m curious
Better think ‘fore you bust at me
If you miss, (?) now I’m furious
Dived in that water, dived like Aquarius
Young n—a, we was breaking the barriers “breaking the barriers”
If you grabbing that toy, better carry it
Tryna hide in that Porsche on some scary s–t “f–k yeah”

[Verse 2]
All I smoke is loud, you got that mild like Darius “yeah”
My son ain’t gotta work because he gon’ inherit it, uh huh “gon’ inherit it”
We yell, “Gang gang first,” you don’t even know your heritage “b—h”
Took the cash from verses, I give that s–t to charity
Loving my city like Chano, I swear
Why the f–k I still gotta ride everywhere with it?
“Herb I seen you on the news, I was worried”
We was just joking with y’all, that’s a parody
We don’t talk too much, got D’s everywhere “everywhere”
We still fresh, double G’s everywhere “everywhere”
I put the VVs everywhere “everywhere”
I do (?), every pair
And they know me for s——g on everybody
I’m the one that do s–t that you hear about
I’m the one that told y’all that I move like Obama
Then how the f–k they end up with my whereabouts?
(?)
Middle of summer, hot like a sauna
We was laid back in the back of the Honda

(?) sneak up, anaconda
It ain’t happen, not one day, your honor
I was somewhere eating Benihana’s
Get valet and Lil’ Benny to park it
All my life I had been in apartments
Move to valley, get a crib, I’m balling
My b—h always primping, keep balling
Yes I’m a lil’ workaholic
Hit the crib with a 50 and all 20s
I’ma just make her count all of ’em
But I get the backend all blues
Nah don’t f–k around, bruh, do all of it
Know it’s going right to lil’ dude
Already got a closet, all shoes
Bought 10 pairs of baby G-Fazos
And my b—h got a closet with some Loubs
Cashed out on the crib, I ain’t get the view
I’m like, “F–k it, no problem, it’ll do”
Mama’s crib got a pond, not a pool
We had roaches and rats, I ain’t get to move
I survived through it all, it’s true “yes, it’s true”
(?) through middle school
Now I’m cool, now I’m bool
Now my car go vroom, vroom
N—-s hating on me, but it’s bool
Guess I got rich too soon
N—a I’ve been rapping like six years “what?”
I seen ten n—-s get killed
What about me turning down them deals?
Now you p—-d off ’cause I switched wheels?

[Outro]
Uh, who run it? Limit
No Limit run it
No Limit
Who run it? G Herbo
I’m done with this s–t