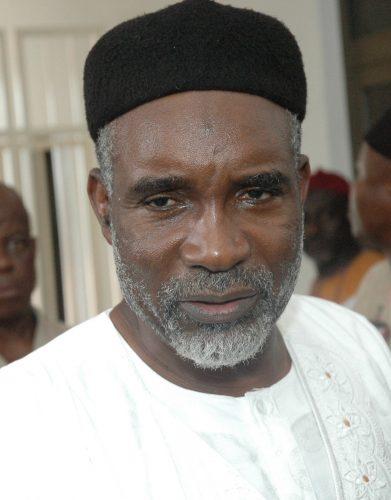 – Michika was rushed to hospital on Saturday, March 10 but died in early of Sunday – He would be buried according to Islamic rites on Sunday, March 11 afternoon – He was Adamawa governor from January 2, 1992 to November 17, 1993 on the platform of the NRC A former governor of Adamawa state in northern Nigeria Saleh Michika has died. Michika, the first civilian governor of the state, was reported to have died at the age of 77 years old in the early hours of Sunday, March 11 after being rushed to the hospital for medical attention. Channels television quoted a statement from one of Michika’s family members Aminu Iyawa as saying that the ex-governor was brought to the hospital on Saturday, March 10.

He said: “Michika was rushed to Federal Medical Centre on Saturday afternoon for medical attention by family members.” Yohanna Mathias, the Chief Press Secretary to the current Adamawa state governor Mohammed Jibrilla, has also confirmed the incident. He noted that Governor Jibrilla visited the sick former governor in hospital and will also cut short his visit to Mubi in order to attend the funeral which will be conducted on Sunday afternoon according to Islamic rites. Channels reports that Abubakar Saleh Michika was born 1941 and he was the first civilian governor of Adamawa from January 2, 1992 to November 17, 1993.

SEE ALSO:  ‘I Pray You Treat Every Woman like a Queen’- Tiwa Savage Breaks Down In An Emotional Post To Jamjam