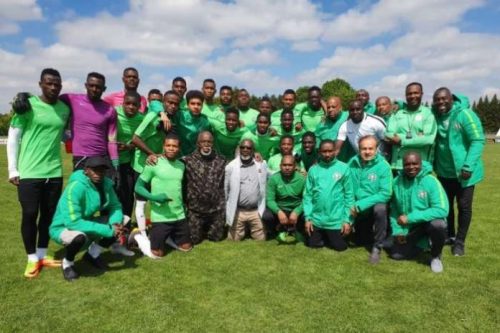 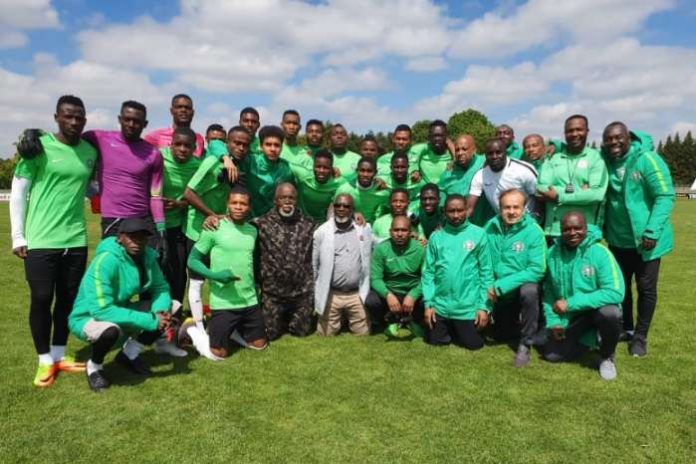 Nigeria’s national under-20 male football team, the Flying Eagles, on Sunday arrived in Poland for this year’s FIFA U-20 World Cup which begins on Thursday.

They arrived in the southern Polish city of Katowice after rounding off a three-week residential training at Bad Gogging on the outskirts of Munich in Germany on Saturday.

Ademola Olajire, the Director of Communications, Nigeria Football Federation (NFF), disclosed in a statement on Sunday that the team flew out of Germany via Munich on Sunday morning.

They are to embark on the final leg of their preparations for the U-20 World Cup there in Katowice ahead of their opening Group D match on Friday against Qatar.

”While in Bad Gogging, the team played four friendly games.

SEE ALSO:  ‘Your IQ is Lower than Your Shoe Size’

“These were to help in preparing them as they seek to win the FIFA U-20 World Cup for the first time,” Olajire said.

The News Agency of Nigeria (NAN) reports that the Flying Eagles are two-times runners-up at the competition, in 1989 and 2005, and took the bronze medals at the 1985 finals.

The statement quoted the team captain, Ikouwem Udoh-Utin, as saying that the camping exercise in Germany has helped the team to blend very well.

“Our time in Germany has really helped us to come together as a group, blend with one another, as well as learn new things from our coaches.

“It has been a wonderful experience in camp, because the boys now understand one another better and we have perfected our plans as we go into the tournament.

“We want to make Nigeria proud in Poland and we will do our best not to disappoint Nigerians.

”Our aim is to go all out and win the trophy for Nigeria. We also want to thank the NFF and Nigerians for their support and we will go there and represent Nigeria well,” Utin said.

The statement added that the team was boosted by a visit to the camp on Thursday by NFF President Amaju Pinnick, NFF General Secretary Mohammed Sanusi and Super Eagles’ Technical Adviser Gernot Rohr.

Nigeria will start her 2019 FIFA U-20 World Cup campaign on Friday against Qatar before taking on the U.S. and Ukraine in first round games.