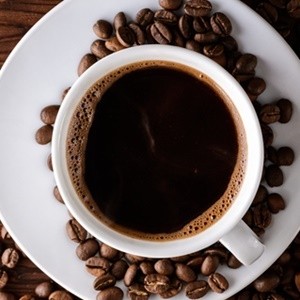 SOME EXPERTS ARE ARGUING THAT YOUR COFFEE SHOULD COME WITH SUGAR, CREAM – AND A CANCER WARNING.

While scientists have not yet come up with a final verdict on whether coffee is good or bad for you, an American judge has. A Californian judge has called for coffee sellers in the state to place cancer warnings on the coffee they sell.

The problem is the chemical produced during the roasting process, known as acrylamide, a carcinogen, has been in the middle of an eight-year legal battle between a small non-profit organisation and major coffee companies in the US.

While this battle has reached a conclusion in court, scientists are still debating whether coffee can actually cause cancer. We take a closer look.

A recent study, published in the European Journal of Cancer Prevention, did a meta-analysis and found that “coffee consumption is not associated with overall cancer risk”.

However, the results for bladder cancer were inconsistent, and a few studies analysed in the meta-analysis found that there was an increased risk of childhood leukaemia after mothers had drunk coffee during their pregnancy.

It is also important to note that, in the same report, the International Agency for Research on Cancer (IARC) concluded that drinking hot drinks (over 65 degrees) may increase the risk of oesophageal cancer. The oesophagus is the passage that connects the mouth and stomach.

According to Majorie McCullough, ScD, and Susan Gapstur, PhD, researchers from the American Cancer Society, the development of cancer in the liver, pancreas, B.reasts as well as the uterine endometrium is significantly reduced when one consumes coffee on a daily basis. This is due to the antioxidants found in coffee.

Although research is unclear as to how coffee affects patients with colon cancer, assistant professor and colon cancer expert Syed Kazmi has noted that patients who consume coffee tend to live longer than patients who do not.

Coffee drinking is associated with a reduced risk of liver cancer, possible decreased risk in 0ral/pharyngeal cancer as well as advanced prostate cancer.

Scientific evidence on coffee has been oscillating between benefits and risks. However, as a result of new studies finding more health benefits of coffee, concerns have eased. If you are a regular coffee drinker, the new studies indicate that you are probably not increasing your risk of cancer.

If you are not a coffee drinker, you might, however, not want to take this new evidence as a reason to start. The evidence is still uncertain, and if subsequent research does reveal a positive effect, it most likely will be small, much smaller than any benefits gained from maintaining a healthy weight or cutting down on alcohol.