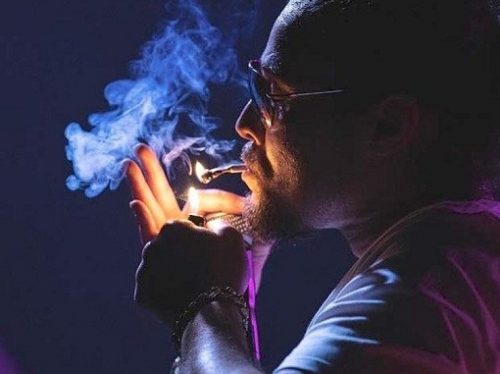 Ever since the dawn of a new era, known as hip-hop A.D
After 2Pac and Biggie Smalls unsolved schmurdas
The genre of rap music has searched for its new foundation
In order to do so, the labels began to request the formula to the Bone Thugs-N-Harmony sound
With the likes of Drake leading the polygamy of studies
Listening day and night in the studio and then procreating a sound
The industry crowned him king while paying homage to Bone, there was no reason for alarm
Soon after this maneuvering, artist all over staring being influenced by those Bone Thugs-N-Harmony-esque cadences and flows
The Migos, Offsides, Tequila, and most notably the unknown third member who wasn’t left off Bad and Boujee as previously predicted, all stated they never even heard of Bone
They opted to note that their influences as the Triple Six Mafia
Known in the Bible as the mark of the beast and the number of satan
We found one of the thuggish ruggish members, Bizzy Bone, in the hills of Siberia under the alas of Janou Oliver Beck
As the end of the Golden Age approached, it is said that he arose to another plane an carried his temple to the mountains to avoid the skinny jean emasculated era of hip-hop
We found him chopping wood in these said mountains
Along with his albino runaway lioness from the San Francisco animal prison, Keisha
Upon meeting him, he had no contact with the outside world for ages
We informed him of the Layzie Bone and Migos beef
He looked at us with his double-barrel classic shotgun
And this is what he had to say

Children, does anyone know what rhymes with She-go? (Migos-Migos-Migos)
A billion streams on Vevo bringin’ about as much chips as you can get in a quarter bag of Doritos
B-G, I’m a knockie fan
Hit you wit’ one of these combinations, I’m goin’ through complications
And then I do my Tekashi dance
Schmurda was the case that they gave me
Dear God, it’s me and little Layzie
We was robbin’ niggas without no father figures
And that’s the way that Wish got shot by Krayzie, it’s common, niggas
I put you in garage mode, mobster, the shots fly
These niggas don’t want no smoke, I give ’em carbon monoxide
Let me hit you with this LOX line, Pac sign
No one can do it better, that’s a Doc rhyme
Crush your windpipe, slice you with doxprime
That’s over your head, as your wife
This precious metal, hit her with this lead pipe
Smile, b***h, you livin’ your best life
O-R-T, let me be brief before my d**k speak
Socks on, break your iPhone so I could go to sleep
Load the clip, pop it in, cock it back, ride around the block
These niggas call me O.G
B***h, you as old as me!
Light-speed, I.G., trolls, they don’t like me
So I scroll through they page, take cliffnotes, and give ’em that Chris Lightly

Come down off the ledge
Talk to me Chris, don’t jump!
Don’t-don’t-don’t-oh, God!
You little niggas don’t know who y’all fuckin’ with (Fuckin’ with)
Oh, it’s on

Battle rap, I’m the answer
I’m blacker than Jack Panda
It’s magic ’cause I’m a savage that’s twenty-one
God damn, I’m a fuckin’ gun
Public enemy number one, I’m lawless
Word to Flesh-N-Bone let’s get carnarvorous
The AK-47 with the cartridges
Banana spit split personalities, both reflections
My third eye is a narcissist
The pen dipped in black void
Wi-Fi for y’all, b***h
I’m rappin’ with my eyes closed ’cause I don’t need my consciousness
Triple meanings? I crafted it, mastered it
After this, plaster this all over the visual adages
Imagine if the Gram was only a portion of the passages
And then if you look at the two, see the move? Infinite math, b***h, Oooh, oooh (Oooh, oooh, oooh, oooh, oooh)

Stop-stop the track, let me talk to these niggas
Cars, dash, ion, the smashness
This before the pit
I speak to Kim as a Mastif right before the movie
Make me classless to the masses
I gotta tell my daughters that cha a*s ain’t cha access
My people seen the lowest of the evils
I got a secret versuri-lyrics.info
Every dog scared of momma who momma Momma Madea
Cock-ca-cock-ca-cock back and Shaqisha
Smell it, reverse the science and body it, make it ether
Time’s up, timecode
Déjà vu, I’m in effect
Just a fixation, call me J Newt, Oliver Beck

So These are the complete “Bizzy Bone (Migos Diss)- Carbon Monoxide Song Lyrics”.