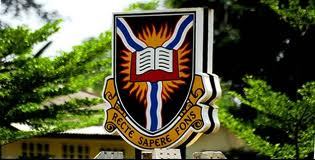 Do you want to apply for economics and you do not know the best universities to study economics in Nigeria ?

A student planning to study in Nigeria will want to study in one of the best schools for his or her preferred course. In this post, we will be showing you the list of best universities to study economics in Nigeria .

Before we provide the list, We implore you to read more about what economics as a course entails.

Economics is a social science course. It deals with the studies human behavior as a relationship between ends and scarce means which have alternative uses. – Lionel Robbins (1932).

Having a degree in economics comes with different opportunities in Nigeria. As a graduate of economics, you can work as an accountant. Your job will be that of classifying, interpreting, and solving financial problems.

As a graduate of economics, one can become a professional economist working for banks, insurance companies, financial consultancies and so on.

We can go on to write more on the opportunities associated with studying economics but then, we have to outline the list of best universities to study economics in Nigeria .

Obafemi Awolowo University, Ile-Ife is one of three Universities established in Nigeria between 1961 and 1962. The university is located in Osun State, Ile-Ife.

To apply for economics in JAMB, OAU require the combination of Economics, Mathematics and of Government or Geography.

OAU General O/Level requirements
Candidates for admission into 3 or 4 year degree programme in Economics must possess a Senior Secondary School Certificate or General Certificate of Education or their equivalents with at least five credits including English and Mathematics.

OAU Direct Entry Requirements
Students must satisfy the minimum requirements for admission to the University as specified above.
Possess the General Certificate of Education or its equivalent of which at least two shall be at the advanced level or five credit passes of which at least three shall be at the advanced level provided that such passes are not counted at both levels of the examinations.

UI JAMB COMBINATION
Mathematics and any other two subjects

University of Benin was established in the year 1970. The university was formerly an Institute of Technology but was later changed to a University by National Universities Commission (NUC) on 1 July 1971. It consist of two campuses which are Ugbowo campus and Ekenwan campus.

UNILAG JAMB COMBINATION
Mathematics, Economics and any of Geography and Government