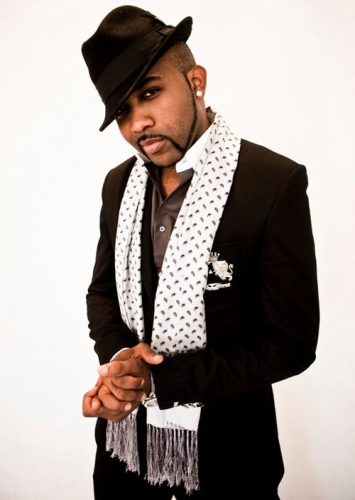 Call him Mr Capable and you won’t be wrong. The self acclaimed King of Lagos party came on the scene and gave us something fresh and that was lacking in the music industry and that was a new kind of sensual rnb music. He stayed in his lane, brushed it up and ever since has been making giant strides. Along the way, he even discovered the biggest export of talent Nigerians currently lay claim of pride on.

Olubankole Wellington (born 27 March 1981, known under the stage name Banky W, and credited in film as Banky Wellington, is a Nigerian singer, rapper and actor.

Banky W was born in the United States to Nigerian parents. His family moved back to Nigeria when he was five years old. He started singing at a young age in the church choir. He schooled in Lagos for his primary and secondary education and returned to further his tertiary education at Rensselaer Polytechnic Institute, New York on a scholarship. He started his record label E.M.E in 2002 while still studying. After moving to Nigeria in 2009, he established the label in Lagos. He signed artists like Niyola, Shaydee, Skales and Wizkid to the label at the time. His breakthrough debut studio album, Back in the Building was released in 2005..He and Sasha P were the first official ambassadors of Samsung electronics in Nigeria. He is also a brand ambassador for Ciroc ultra-premium vodka.

A day after Valentine of 2013, he launched his new album “R&BW” with a concert tagged the “Grand Love Concert” at the Civic Centre, Ozumba Mbadiwe, Victoria Island, Lagos, which featured several other artistes including Iyanya, Waje and more. The first two singles from the album are “Lowkey” and “Yes/No”.

Currently heavily invested in management now and also seriously putting his acting cred on screens, Banky W is a man of many talents and have proven to be the real deal. With so much to give and a lot expected, the Capable one has got all it takes to continue to wow us for many years to come.